The power and importance of emotive wording 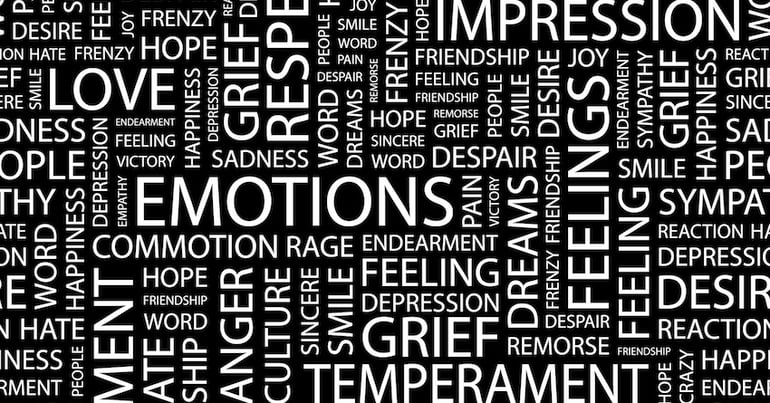 We all know words hold a lot of power, and this especially true when it comes to emotive wording. Used in various media and for a seemingly infinite number of reasons, emotive wording is naturally used to evoke different emotional responses in people. In the marketing and advertising worlds, the emotion that is placed in your ad copy, social posts, blogs, etc. can be the difference between capturing or losing people's attention.

Emotive wording is actually quite broad and can exist in the form of literal emotion-based words (e.g. sadness, depression, elation, positivity, etc.) or utilising words or phrases that can appeal to a person's emotional side (e.g. the word 'easy' can be appealing as it drives an idea of simplicity and less stress for the individual). Emotive wording is also used in various forms of content, from blogs to emails and social media posts. It can be found in headings, the main body of content, subject lines, and so on.

While it's a content strategy that I certainly would advise against (and that Facebook actively tries to bury), there's a reason why clickbait articles can be so effective at luring people in. The clickbait aspect resides in the story's title. You've seen them plenty of times before, no doubt. An off-the-top-of-my-head mock example is "She went to the doctors complaining of a footache. What they discovered left me speechless."

Clickbait titles are exceedingly vague but often tend to end with some type of emotional statement to lure the user into clicking through; because the reader wants to know what was so shocking about a footache that the discovery managed to leave someone speechless/shocked. While some clickbait articles can actually follow-through on the promise of the title, many of them use hyperbolic emotional wording to earn undeserved clicks. And as questionable as they are, they work. That's why you still see so many clickbait articles around.

Of course, emotive wording can be used in titles without being excessive or qualifying as clickbait. CoSchedule notes words such as "easily" and "fundamental" can have an emotional weight. So whether in a title or the main content, a statement such as "you should find you'll easily adapt to this" is emotional. People will feel more positive about a statement like that than one that could imply a level of difficulty or intense stress.

You could also argue that Facebook's recent introduction of Reactions - the expanded version of the 'Like' button - embraces emotive wording, as well. However, this is a simple form of emotive wording, with each emoticon/emoji having a different, but logical association. There's "love", "haha", "wow" (amazement/shock), "sad", and "angry".

While some linguists have found the wording of these Reactions somewhat off-putting, - it makes sense to "like" a post, but to "wow" a post doesn't make linguistic sense - Reactions can, in a way, be seen as the fusion of emotive imagery and the truncated language we often use to emote online. Much in the way someone may occasionally or frequently send a heart to someone they love in place of "I love you".

What to be mindful of with emotive wording

As emotive wording covers a fairly broad spectrum, that means there can be some pitfalls that come with it. One example is the way in which a you structure a sentence or segment of your copy to promote simplicity. A sentence such as "By following these steps, you'll easily achieve X" is perfectly fine. It promotes simplicity without talking down to the reader. However, if you were to word the sentence "These steps are so easy that anyone can follow them", the wording there implies that you may think the reader is an idiot. So while you're trying to promote something that positively resonates with them on an emotional level, that sentence could very well end up having the opposite effect.

Any time you make a conscious effort to give your wording a more emotional punch, revise it and ask others how they interpret the wording. If the general consensus appears to fall in-line with the emotion you want to elicit, then you can go ahead and publish.