Tweets of the week: Best of June 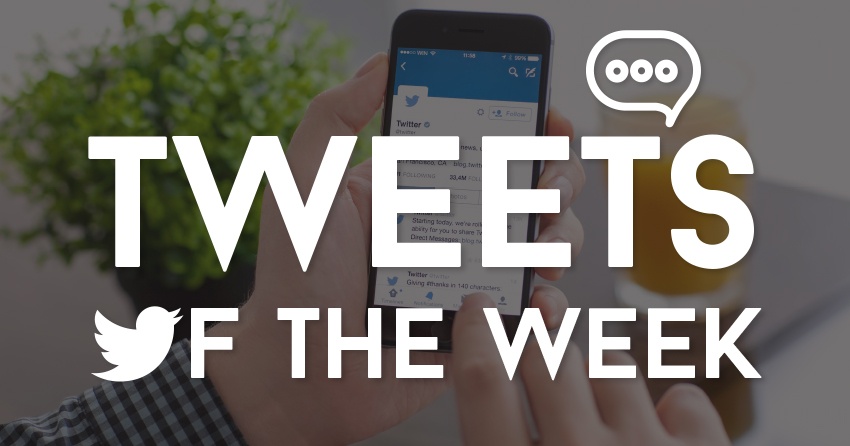 For the past month, we focused on all things web design. This week, we hone in on some of the more inventive, noteworthy endeavours on Twitter! We recap what has been an eventful June!

This week in one image: pic.twitter.com/DBs7iEiFJl

It was a monumental week in the US this past week!

This is part of the reason why we focuse on tweets of the week!

Register your unique Apple Music nickname before it's too late http://t.co/Rx5elZ6LV0 pic.twitter.com/Hs1CXontFe

Apple Music has launched. Update your devices and register yourself now!

Case Study: How I Increased my Email Optins from 3.9% to 9.14% in a Month http://t.co/ZyCf1PDNLc @shashankscg pic.twitter.com/MUNHhAIOuM

Those who think email is on the way out should think again.

The mere *existence* of this graphic is horrifying. pic.twitter.com/6Jl6NoMV7P

Nepal is having a festival where dogs are honoured for their special friendship with humans. China, watch and learn. pic.twitter.com/kEw8uzOqp4

And some tweets can make you feel like there is some good in this world.

QWERTY waffles! Just my type. Where was this for Father's Day?? pic.twitter.com/oVpVv4CNOz

#PrattKeeping is a key component of the exhibition process. Our Dinosaur Curator, Matthew Carrano, has a tough job! pic.twitter.com/IUCAP6LTBK

Jurassic World appreciation at the Smithsonian!