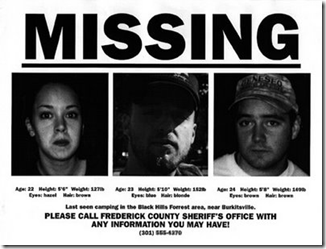 One of the most thrown around buzzwords of the past two years, Viral Marketing has been hailed as a revolutionary approach to increase brand awareness.

What it is: First launched in 2006, Will it Blend? is one of the first YouTube success stories.  With combinations of anything from McDonald's meals to gardening equipment to iPads, Tom Dickson tests the strengths of his Blendtec blenders to find out what exactly will, and will not, blend.

Why it works: Like most popular YouTube videos, its success lies in its ridiculousness. By playing on normal human attributes like curiosity and an appetite for destruction, allowing it to become viral without really trying. Now in its eighth year, Will it Blend? also collaborates with many big name companies (like Apple), and national holidays (like Superbowl) in order to stay relevant and engaging. The company's website also features 'Safe' and 'Not Safe' playlists for home projects, so you can join in the action and create your own kitchen experiement. Not bad when most viewers don't realise this is actually backed by the Blendtec company.

What it is: Dubbed 'the best viral marketing of all time', The Blair Witch Project was one of the first internet success stories, created only one year after Google was founded. The film tells the story of three students who go missing after searching for the Blair Witch, with their only remnants being the shaky footage of their camcorder.

Why it works: Its testamanent lies in the fact it was released 10 years ago and is still being talked about today. The Blair Witch Project's scariness lies solely with its marketing efforts, which created the illusion that this movie was real. The filmmakers created websites about the mythology of the Blair Witch, fake police report pictures to cover film reels, and even fake news report videos about the students going missing. They also fuelled rumours online, posting on online message boards to post a full-page ad simply saying 'blairwitch.com: 21,222,589 hits to date'. Due to their genius marketing, The Blair Witch Project has currently made over $250,000,000 worldwide, despite originally being made for the modest budget of $60,000.

What it is: Released in early 2007, this 80-second clip shows a bunch of youths in a cold European town go to drastic measures to catch the perfect wave. Shot in grainy mobile phone footage, the boys steal explosives before throwing a lit stick of dynamite from Dronning Louise Bridge into Copenhagen's Lake Sortedams. The explosion causes a series of waves, which one of the boys paddles out to and rides.

Why it works: Viewed over 10 million times in 2007 alone, many were too astounded at the boys' idiotic bravery to realise this was part of Quicksilver's Urban Surfing campaign. Instead, it sparked deep debate and news stories as to whether the video was real or fake. Creator Simon Wooler eventually released that the video was originally shot differently, and that it took two months of post-production to make it seem real. The kids were actors dressed in Quicksilver clothing (only shown for a split-second in the beginning of the film), the surf scene was shot at a beach, and it was originally shot in high definition, only to be 'downgraded' in editing. Whilst a similar idea could have been easily been used in a mainstream commercial, its viral quality lies in how it looks like a prank that could have easily gone wrong.

What it is: Released earlier this year, this popular video left most viewers either tugged at the heart strings, or reaching for the vomit bag. Director Tatia Pilieva asked 20 strangers to kiss on film in her blank studio, and the results are sweet, awkward and sexy, all at the same time. Turns out, it is actually an advertisment for womenswear line Wren, but viewers are too busy either being endeared, aroused or disgusted by the antics to notice.

Why it works: It's beautiful people making out, obviously. Playing on the old romantic comedy route, it gives hope that the next awkward first kiss you have will be your last. These strangers included models Natalia Bonifacci, Ingrid Schram, and Langley Fox; musicians Z Berg of The Like, Damian Kulash of OK Go, Justin Kennedy of Army Navy, singer Nicole Simone, and singer-actress Soko (who also performed the melancholy indie music that accompanies the short); and actors Karim Saleh, Matthew Carey, Jill Larson, Corby Griesenbeck, Elisabetta Tedla, Luke Cook, and Marianna Palka. It's a bit of a silly idea, to be honest, but it is shot beautifully and managed to cover my Twitter, Facebook, and Tumblr feeds for three days when it first came out, so go figure.

What it is: We're not quite sure what driving through idyllic hills have to do with coffee, nor a demonic, screaming hand puppet. What we do know, however, is that if a caffeine hit does not get you going, the shock you get halfway through the commerical will definitely get your heart racing.

Why it works: The element of suprise. I remember this video being sent around in chain emails a few years back, and only just discovering now that it was an advertisement for something. It is its combination of scary and funny that got people talking and forwarding the video on; a classic example of viral marketing.