The world has changed a lot over the past 20 years.

From the internet being an integral part of our everyday lives to 1/7th of the globe's population being on Facebook, the rapid changes to technology and online infrastructure mean that the world of 20 years ago would be an odd place indeed. And if you were to travel back to 1994, many of the terms you now use would leave the residents of that time period more than a little confused.

In today's article, I take a look at some of the good and bad modern-day terms we use, and how much they represent the ever-changing nature of technology. 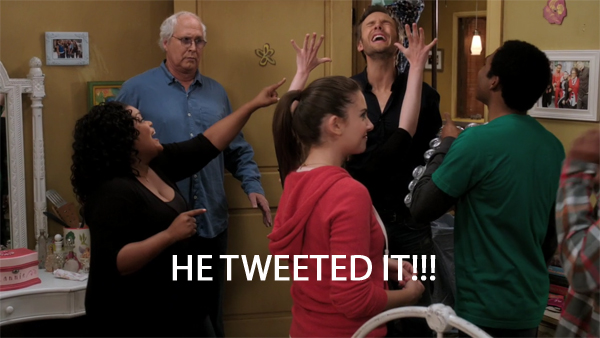 Who would've thought that a university-based social network created 10 years ago would go on to become the biggest social media site of all time. With more than 1 billion users and one of the richest CEOs in the world (Zuckerberg is currently worth $33.1 billion and sits at No. 16 in Forbe's world ranking of top billionaires), Facebook has redefined how we connect with those we love and even the way we talk.

While terms like "news feed" and "timeline" have been made more popular thanks to the social network, it is the expression of "Facebook me" that is truly unique to the social network. No, not everyone uses this when asking someone to add them on Facebook, but a lot of people certainly do. "Facebook" has become a symbol of action, not just the name of a multi-billion dollar company.

"Tweet" is an example of how a word can become somewhat repurposed as time goes on. Of course, the tweet I'm talking about has to do with Twitter, not the sound a bird makes... Well, it sort of has to do with that as well. Of course, Twitter's logo is of a bird (affectionately named Larry Bird), so the use of the word "tweet" to symbolise every time someone posts on Twitter does make sense. But we never used to say "he/she tweeted it" or "I'll send out a tweet about it". If you said that 20 years ago, no doubt you would've got some looks.

Spotify isn't really a term, just the name of a service. Regardless, Spotify (and other comparable services) is something that we likely never thought would become a thing 20 years ago. Just the other day on my way to work, I heard a passer-by telling a friend to look up a particular song on Spotify. Streaming music services have redefined the very nature of the music industry and how we can discover new artists. For that alone, Spotify is not just a service, but a term that will undoubtedly endure for some time.

Smart phone, smart watch, smart car, smart house, smart TV. There are a lot of things that are "smart" these days. Imagine trying to explain to someone back in 1994 that smart phones aren't far off... They'd probably laugh at you. Technology has evolved in such a substantial way in recent years that it's hard to remember a world without mobile phones where you could check Facebook, look up a recipe on a whim, and stay-up-to-date with your emails and recent world events.

Certain modern-day terms can refer to technology and behaviours that are, in many ways, a double-edged sword. Sexting is one of them.

Even if you haven't heard people use this term around you, no doubt you can assume what it means. Sexting simply refers to when people text each other things of a sexual nature. Be it words, pictures, videos or otherwise, sexting is most certainly a thing - and sometimes it can create some very confronting issues. Sexting can occur via texting, online messaging, or anything else of a comparable nature.

Several cases have emerged in the past of individuals using sex-related photos and/or videos sent to them to blackmail or bully those who sent the photos/videos. Young teenagers are particularly vulnerable to falling victim to such manipulation from others online. Back in 2012, 15-year-old Amanda Todd committed suicide as a result of having been pressured into showing her breasts to someone via an online chat session, only to then be blackmailed, have the images leaked online, and bullied by her peers.

The relentless bullying and ridicule she faced for around two years after the incident caused her to tragically take her own life on 10 October, 2012. While sexting may be a general term, and for some there can be no harm done, it unfortunately can also have some very serious consequences.

In 1994, "the cloud" was just that fluffy white thing in the sky. Now, however, the term refers both to that classic condensed mass of water vapour and, over the past few years, the technology that allows us to store and backup files online. Cloud technology is probably one of the most substantial commercial technologies to come out in recent times, allowing people to access and save and access files across multiple devices so that they never lose what they've created.

The days of losing everything you worked on because your computer has broken down are gone. With "the cloud", you can backup almost any digital creation.

Cyber stalking, cyber bullying, cyber crime, etc. In 1994, online threats weren't really a thing, but now they are. What used to exist only in the offline world has been adapted for the internet age. Whether it's a criminal act such as hacking into someone's account to obtain sensitive data, stalking someone's online behaviour to a threatening level, or bullying specific individuals via social media and other online platforms, all of these acts once again show the ugly side that exists in the online world.

Amanda Todd was a victim of cyber bullying, thousands (if not millions) of people have been victims of online hacks or crimes, and cyber stalking is something that continues to concern many - thanks in part to the emergence of social media and associated privacy concerns. Twitter, in particular, has been criticised for its oft-considered soft approach to dealing with online trolls and bullies. When users are being told to "kill themselves" or having their lives threatened by other anonymous users, it's easy to understand why Twitter and other social sites face so much criticism.