The ads of Super Bowl 50 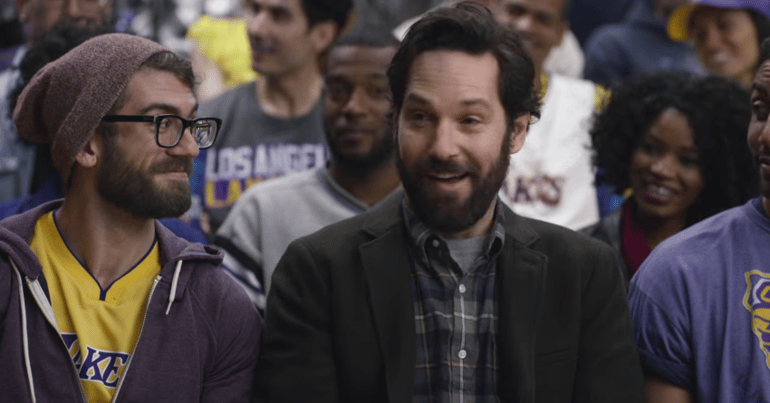 Super Bowl 50 is here. Watched by around 1 billion people every year, some watch for the game while some watch for the ads. Of course, some watch for both. Regardless, advertising is a big deal during the Super Bowl, as well as being incredibly expensive. So for those companies that do advertise during it, they want to make sure their ads are effective and entertaining. This year is Super Bowl 50, and plenty of big brands and big-named celebrities have come out to play.

For those that have been shown, they include the likes of Seth Rogen and Amy Schumer, Drake, Ryan Reynolds, and more. Many of them, unsurprisingly, go for a comical angle; though the LG ad feature Liam Neeson is a little more dramatic. So, without further ado, here are some of the ads Super Bowl 50 has come to deliver.

LG "Man from the Future"

Irish actor Liam Neeson is known for taking on action-packed roles, including the notorious Taken series where his loved ones consistently get, you know, taken. So when it comes to having someone deliver dialogue with a dramatic, gravelly flair, Neeson is your guy. That's what LG were betting on with their Super Bowl ad for their OLED TV. Incorporating Tron-like futuristic visuals, the effectiveness of the ad is somewhat questionable, but Neeson's delivery is undoubtedly on point.

How do you sell the the features of the latest car in your Hyundai Elantra range? Simple. You set an ad in the fictional suburb of Ryanville in which every resident is Ryan Reynolds, and have two female friends driving through the town overly distracted by the sight. As you'd expect from anything featuring Ryan Reynolds, the ad is light-hearted, tongue-in-cheek, and perhaps just a little sexual.

Along with his iconic mannerisms (which you can refer to as Goldbluming), Jeff Goldblum is also a versatile and well-respected actor. But before he returns in the next Independece Day movie, you can enjoy him singing in this ad for Apartment.com. Ads with music can occasionally be hit-or-miss, but Goldblum's loveable nature and charisma sells it. There's also an appearance by Wiz Khalifa, who was recently the target of yet another Kanye West rant.

Canadian rapper Drake has made waves over the past few years, so much so that T-Mobile enlisted him for its latest Super Bowl ad. Titling itself as the Uncarrier that goes against the typical traps that other US carriers do, the entire "Restricted Bling" ad shows how Drake's "Hotline Bling" could've been compromised if handled by people with the minds of a typical carrier's corporate suits.

It's a fun ad, which is evident by the fact that Drake and the other actors in the Super Bowl spot have no problem hamming up their roles.

Have you ever wanted to see Willem Dafoe in a dress? Of course you have. Have you ever wanted to see him recreate the famous Marilyn Monroe subway dress scene from The Seven Year Itch? Again, the answer should be yes. Jesting aside, it's fun to see an actor often known for more serious roles taking on something more comical, as all of Snickers' "You're Not You When You're Hungry" ad spots tend to be. Don't worry, you don't see too much of Dafoe; but you will see a lot of leg.

Christopher Walken has this unmistakable charisma and iconic way of talking that makes almost any scene featuring him captivating. So Kia's choice to hire him for their Super Bowl ad and use his name as a play on words for a walk-in closet is certainly a good one. Coming in at a minute and a half, this ad no doubt cost Kia a lot of money. Suffice to say, for a company as big as Kia, it was money well spent. Because, come on, it's an ad featuring Christopher Walken making self-aware jokes and using sock puppets.

When you consider that Bud Light is the most consumed beer in the US and Budweiser is the most consumed beer in Canada, it makes sense that Budweiser always makes an effort to push out fantastic ads every year during the Super Bowl. And there's always mix. Some are sentimental, some are hilarious, and some are pull-no-punches. This year, Budweiser has delivered a no nonsense PSA with the help of renowned British actress Helen Mirren. The basic point? Don't drink and drive.

Bud Light, on the other hand, has taken a more comedic approach with the help of Seth Rogen and Amy Schumer to announce the launch of the Bud Light Party. The ad is full of pop culture references, a Paul Rudd cameo, and even a good old joke of the penile variety. This is certainly one of the funniest Super Bowl ads to have been revealed so far, which is always a great way to grab people's attentions. And making it a parody of American politics is brilliant, given the aforementioned affinity Ameircans have with Bud Light.

If there are any Super Bowl ads you've seen from Super Bowl 50 that you believe deserve a mention, tell us about them in the comments below.