As we are well into March now, it's time to look at the next bad website for the month. This time around, I'll be showing you through the website for Rudgwick Steam and Country Show, which has an undeniably problematic desktop site but a surprisingly competent (albeit basic) mobile counterpart.

It really doesn't take long to realise just how problematic the website for the Rudgwick Steam and Country Show is. In fact, as soon as the site loads, you'll get an unambiguous sign of what's to come - as you can see in the very top image on this page.

Suffice to say, there is no real consistent look to the Rudgwick's site besides a constant black background. Fonts randomly change, there are arbitrary photos thrown around everywhere, and as you scroll you hit a confusing mess of images and animated GIFs.

The below 'EMAIL ME' option and the arrow pointing at the website's own address (which isn't clickable, anyway) are both animation GIFs. 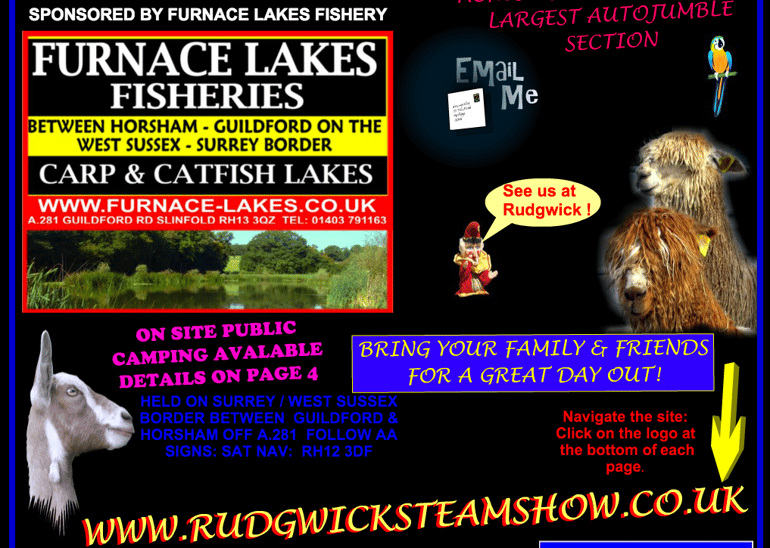 As you navigate the site further, the same series of issues pop up again and again. But worth noting is the navigation itself. Nestled in the top-left corner of the screen, words are cut off and it's not uncommon to find the dropdown menus glitching as you try to access them or, conversely, move the cursor away in an attempt to make them disappear.

And the aforementioned glitched and overlapping dropdown menus...

One genuine surprise is that Rudgwick actually comes with a mobile-friendly website. The site isn't responsively designed at all, but the fact that it has a mobile-specific counterpart does deserve some credit. In fact, the mobile site is better than the desktop site. You can see more (but not all) of the text in the navigation, colours are more consistent, there are no gratuitous animated GIFs. If anything, the mobile Rudgwick site is what the desktop version should aspire to be more like - even if the mobile version is relatively basic by the standards of other mobile sites out there.

Below is an example of how the home page looks. It still has random oddities such as the desktop artefact of 'WELCOME TO OUR WEBSITE...', but overall is a marked improvement over the sensory overload of its desktop counterpart. 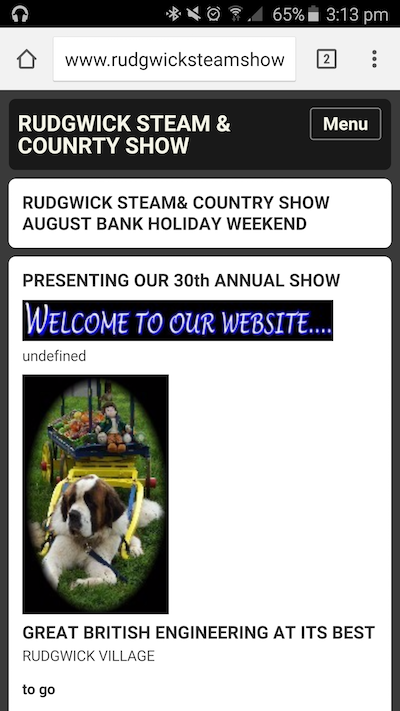 While the navigation still has some nonsensical listings, - '6. SHOW PICTURES' contains '6a.SHOW PICTURES' and '7. SHOW PICTURES' (so, pictures?) - it is far easier to read, shows almost the entirety of the actual text and doesn't have problematic overlapping dropdown menus. 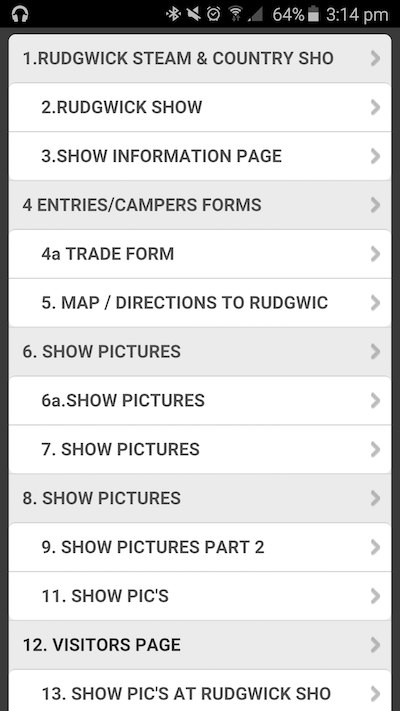 If anything, the mobile site only reinforces how substantial the design issues are on the desktop version. Here's a comparison of the desktop version of one page versus the mobile version. Granted you don't see as much on mobile, but that's more indicative of the fact that it's spaced out and sized more appropriately.

Rudgwick's mobile site is by no means the best, but it is a step up on the antiquated design of the show's desktop website. It's not just that the entire site is more readable and logical on mobile, it also avoids so many of the pitfalls that the desktop version falls into. Many of these I've already mentioned, and they turn out to be the common design issues that plague many ill-crafted websites.