The Data Breach & Facebook Apps: 5 Steps to Protect Your Data

#DeleteFacebook. The hashtag has gone viral on Twitter, with growing numbers deleting their Facebook accounts in response to the Cambridge Analytica data breach. For many, it has been a wake-up call about the amount of personal data they have shared online (unknowingly or not) and the ease of that data being misused and manipulated.

User data and privacy has been an ongoing issue for Facebook, for instance in 2016 when there were issues with Facebook tracking users locations and using that data without their knowledge.

But for many, the data breach and social and political manipulation involved in the Cambridge Analytica scandal came as a shocking surprise.

What happened with Cambridge Analytica?

It began in 2015 when an app created by the group Cambridge Analytica misused the data of nearly 300,000 people and then also accessed data from their entire network of friends - involving up to 50 million Facebook users in total.

The app named “thisisyourdigitallife” promised to predict aspects of users’ personalities. About 270,000 people downloaded it and logged in through Facebook, giving Cambridge Analytica (which had ties with Donald Trump's campaign) access to information about their city of residence, Facebook content they had liked, and information about their friends.

It was revealed last week that this data was then used to manipulate and influence Facebook users across the U.S. including feeding them fake information in online sources they were known to visit and creating content that heightened their fears or views in the lead up to the U.S. Presidential election.

Essentially, an app may have lead to the election of Donald Trump.

In a public statement, Mark Zuckerberg addressed the data breach, taking responsibility for the part they played. The statement said “there's more to do, and we need to step up and do it” in regards to their privacy settings.

Here’s what he promises Facebook will change to better protect users data:

How to protect your data from apps on Facebook

If you don’t want to go as far as deleting your account, there are ways that you can better protect your data and the data of your friends.

Step 2. Scroll down and select Apps. 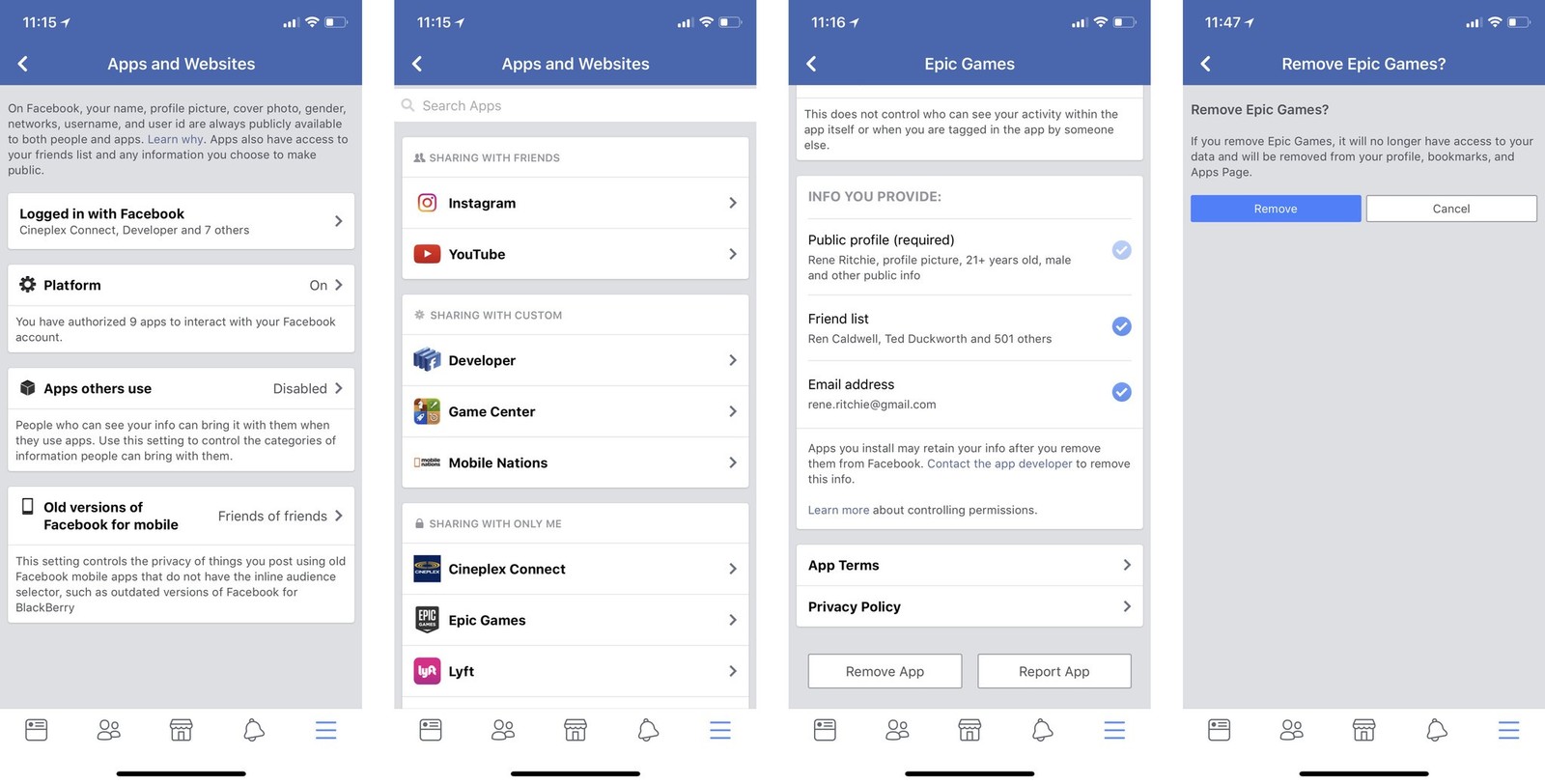 Step 4. Go into an individual app to deselect the data they have access to, or scroll to the bottom and “Remove App” entirely.

Step 5. Back on the Apps page, you can also limit the data that your friends apps have access to. Select “Apps others use”.

Step 6. Deselect all of the data that you don’t want to share with your friends apps.

Although there's not much that can be done to retrieve the data you have already shared online, taking these steps to protect your account from Apps can help stop any more sources mining your data and let you control where and how your information is shared online.