#IDARB shows you how to listen to your audience

When marketing any product or service, it is imperative that the company in question builds up a solid relationship with its consumer-base. This includes drawing in potential customers, interacting with those who are already involved with the company and, most of all, keeping all of them in the loop. When developers Other Ocean began creating their latest video game #IDARB, they did all of the above in the most textbook example of consumer-involvement and interaction. 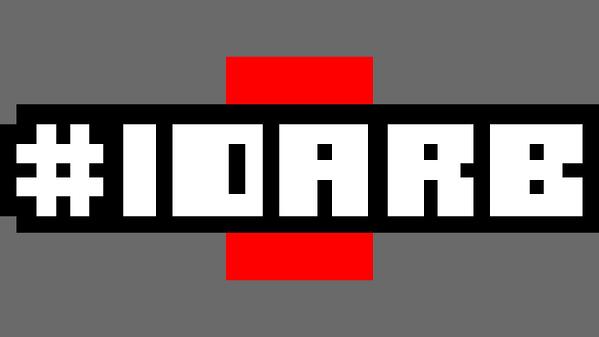 #IDARB (which stands for 'I Drew A Red Box') is a recent free release for Microsoft's Xbox One. The game, as described by the official website, is:

"...a chaotic 8-player eSport jumping jetpack future arena ball game that is as inspired by Bomberman and Smash Bros. as it is by cans of soda, paint-by-number books, and driving five miles faster than the speed limit."

#IDARB began as an idea - one red box. The team at Other Ocean took this red box and put it on Twitter, asking what they should do with it. The key lies in their reaction: "Twitter responded. We listened." As such, #IDARB is a unique example of a video game - or project in general - built with the internet's direct goals and interests at heart.

This is an incredibly effective method of marketing because, not only does it promote the hashtag '#IDARB' and gain more attention the more people discuss it, it puts the project in the audience's hands and encourages direct participation. They further this goal by including a Call-to-Action on their website encouraging player-feedback on #IDARB, asking players to pitch their suggestions.

This method encourages new business-to-consumer relationships to form, maintains existing relationships, and ultimately offers a transparent view of the company and team behind the game. Most importantly, it ensures that the team delivers a game that they already know their audience wants to play.

It's not only the pre-launch period that saw a lot of consumer love from Other Ocean; since its debut on the Xbox One, the developer has implemented a number of ways to keep up #IDARB's transparency as a consumer-driven production.

One of the best examples of encouraging user interaction after the game's launch is via the in-game Twitter feed.

If they're connected to the internet, the feed scrolls live across the bottom of players' screens as they participate in a match. This feed is accessible via using the '#IDARB' hashtag on Twitter.

This feature not only allows players on the outside to participate in the conversation, - as well as letting those playing the game in on said conversation - it also encourages players to use the specific hashtag. This drives engagement higher, spreading the hashtag around the web and attracting more potential customers as more and more people engage online.

Ultimately, this style of marketing - giving the game to the audience and having them offer constructive criticism and feedback, and then actually taking it on board - is an incredible move.

#IDARB is the perfect example of how to successfully listen to your audience. And it does it in style.