Instagram is going to start testing an algorithm-based feed 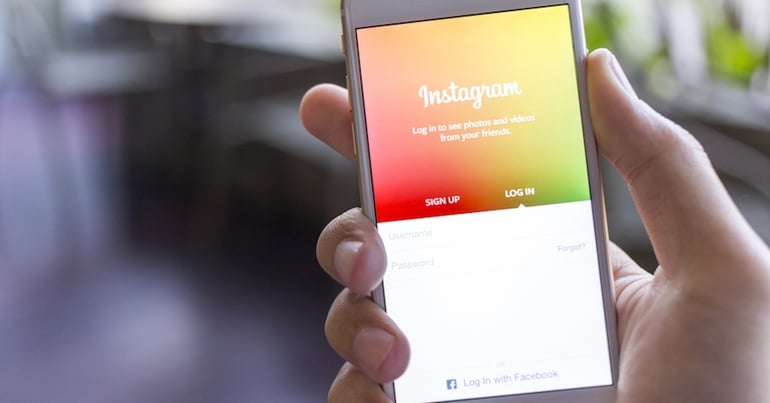 It seems as though algorithm-based feeds are all the rage in social media these days. While Facebook used to be the key social network to filter content via its EdgeRank algorithm, Twitter recently jumped on the "best content first" bandwagon with its own take on an algorithm-based feed. And now, Facebook-owned Instagram has announced it will be testing a revision that will surface your "favourite" Instagram content to your main feed as opposed to sticking to a pure reverse-chronological order.

"See the moments you care about first"

The announcement blog regarding this change on Instagram has been titled "See the moments you care about first". In it, the photo- and video-sharing network notes that the average Instagram user misses 70% of the content on their feed. Considering that a large chunk of users tend to follow hundreds of accounts, this statistic isn't all that surprising. If you only have a few minutes here and there to look at your feed at random times of the day, scrolling through hundreds of new Instagram posts is certainly going to be a task in and of itself.

With that, the company announced that it will test a revised feed that will surface the posts from those you follow based on how much you care about specific users' content. So, in a way, Instagram is rolling out an algorithm-based feed that works similarly to the rules of Facebook's EdgeRank. As noted by the company:

The order of photos and videos in your feed will be based on the likelihood you’ll be interested in the content, your relationship with the person posting and the timeliness of the post. As we begin, we’re focusing on optimising the order — all the posts will still be there, just in a different order.

As they state, the initial steps will all be about order; and they promise that posts won't actually disappear - it's more about how they're prioritised.

Is an algorithm necessary?

It's hard not to write this section without a certain level of subjectivity, but when changes such as these are announced, it's important to consider how others react. Suffice to say, the reactions online so far have been less than supportive. First off, let's look at some of the comments that have been posted on the blog announcing the change... 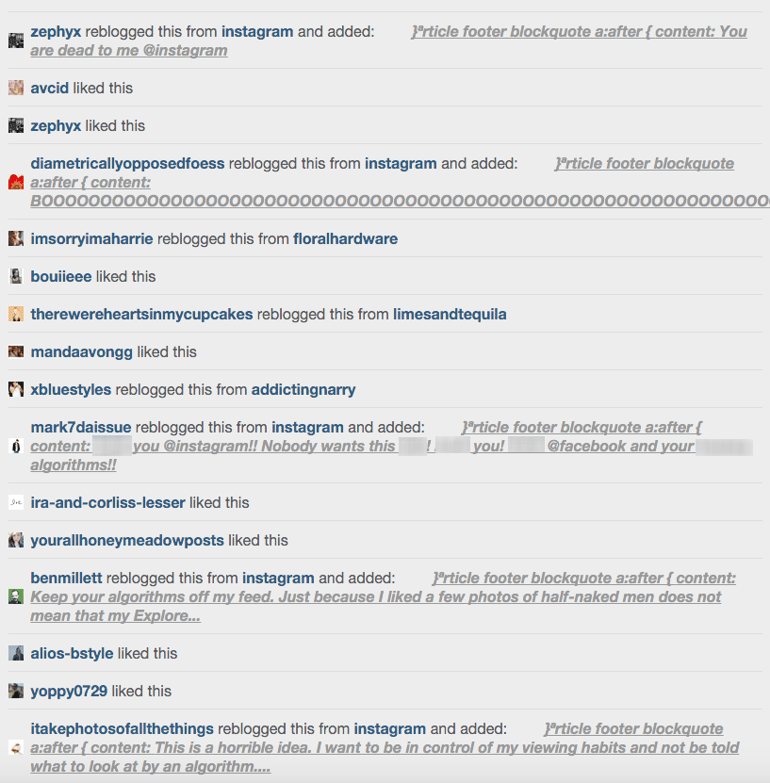 And some comments from a TechCrunch article about the change...

While in the past I have certainly understood and defended certain decisions made by social media platforms, I can't help but agree with the general public reaction to this. One particular issue I hold is that it's not clarified by Instagram as to whether or not this algorithm-based feed will be optional. Personally, I like the reverse-chronological order of Instagram. Sure, I don't follow as many accounts as the average user might, but even if I were following 500, I would still want to peruse everything in the current reverse-chronological form.

Also, as one of the above comments notes, part of the appeal to Instagram is the fact that it has a real-time structure to it. Someone can go to an event (say, for example, a concert) and progressively post more and more photos and/or videos, with them appearing in reverse-chronological order, which people can assess and follow with ease. If the feed alters to an algorithm-based structure, then the order is affected and events such as these then cease to be easily trackable.

It will only serve to annoy people to see one photo from an event at the very top, then it's broken up by 20 other algorithm-ranked posts, then another one from that event appears, then gets broken up again, and so on. And what if the first image from the event isn't the most recent but rather one they took midway through? The algorithm damages the very reason why Instagram's reverse-chronological order is so intuitive in the first place.

The algorithm-based feed test is going to occur over the next few months, so you should expect to see this feed at some point if you actively use Instagram. Hopefully Instagram will allow you to choose between feed types - so one that maintains the reverse-chronological order and one that utilises this algorithm. If they do that, then at least people can opt for whichever version they prefer.