Reactions To The 2016 US Presidential Result: Social Media Edition 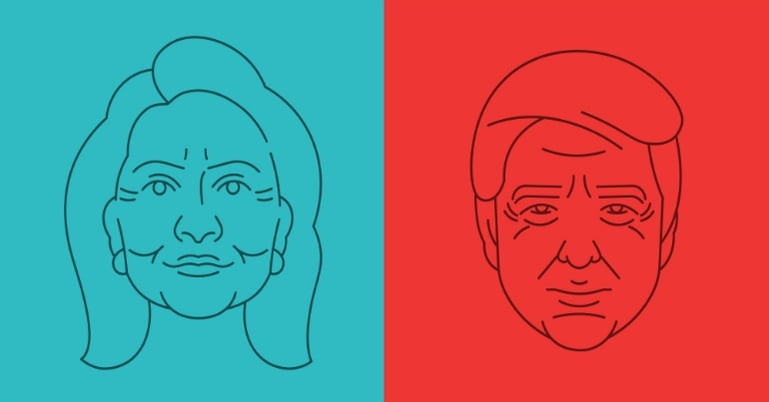 The results are in and the United States of America now has it's 45th President. Donald J Trump was elected yesterday after a very close vote count that had the whole world holding their breath. Many people were left in shock after the Democratic candidate Hillary Clinton didn't come out on top, but a lot were celebrating Trump's win for the Republican Party.

The reactions came flooding in from all over the world, most of them via social media. Twitter, Facebook, Instagram, all the big social platforms were overwhelmed with passionate posts about the outcome, both positive and negative.

Let's take a look at how people used social media to express their reactions:

Twitter was a driving force in election reactions. Millions of people took to the platform as results began to come in. Very quickly, hashtags like #election2016 and #electionnight were trending, alongside #notmypresident and #imwithher. It shows an overwhelming amount of tweets were negative reactions against Trump, despite his eventual victory.

Calling my fam in Mexico that I haven't spoke to in years like...

"Aye Foo got a spot on your bed?" #AmericaIsOverParty #ElectionNight pic.twitter.com/TN6zHQNuiJ

This is an embarrassing night for America. We've let a hatemonger lead our great nation. We've let a bully set our course. I'm devastated.

This is an embarrassing night for America. We've let a hatemonger lead our great nation. We've let a bully set our course. I'm devastated.

People in the UK waking up and seeing the #ElectionNight results pic.twitter.com/Qle6PxUfv2

Although, not everyone in the UK was wrapped up in the election drama. Some were a little preoccupied with an even greater upset.

Instagram was awash with quotes and photos of people watching the election unfold, particularly celebtrities across the country tuning in. Comedian Amy Schumer used Instagram's unlimited characters feature to post a lengthy and passionate comment.

That's just a little taste of the social media responses all over the world. Most people used social media to stay up to date with election results, and then to share their reactions. Given the overwhelming amount of negative reactions, particularly in the trending hashtags, it's clear that it's a subject that will ignite passionate veiws from both sides for a long time to come.