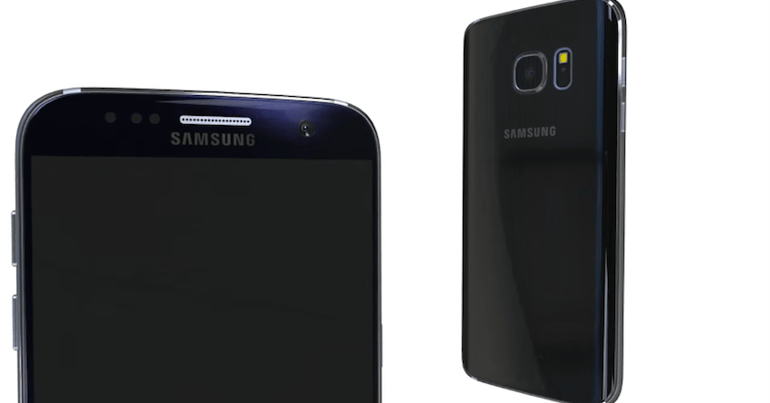 Mock-up based off rumoured design and features

In a little over a month, the Mobile World Congress will take place in Barcelona, Spain. While plenty of mobile heavyweights will be showing off their latest mobiles, one company that tends to create plenty of buzz is Samsung. Known for unveiling its Galaxy S flagships at each MWC, the rumour mill is already churning out some interesting information on what could come with the Galaxy S7 when it's revealed next month.

Three S7 models to be announced

One of the big rumours being reported surrounding the event is that Samsung will announce three variations of the S7 at MWC. In the past, prior to the S6, Samsung only ever announced the one flagship - one model of the S4, one model of the S5. It was with the S6 itself that Samsung expanded its flagships to two variations - the standard S6 and the S6 Edge. Later in the year, when the company announced the Galaxy Note 5, it also unveiled the Galaxy S6 Edge+. While a wordy name, it was merely a larger screen version of the S6 Edge with a couple of minor hardware upgrades, too.

When you consider the three iterations of the S6, it makes sense that for the S7 the company would announce these three at the one show rather than announcing the S7 Edge+ later in the year. So, as you can probably guess, Samsung is rumoured to announce the Galaxy S7, S7 Edge, and S7 Edge+ at the one event.

The return of expandable storage

There were two main points of contention with the S6 generation of phones: Samsung removed expandable storage slots and no longer allowed you to have a replaceable battery. While it looks like Samsung won't be reversing its decision on replaceable batteries, several reports suggest the company will bring back a microSD slot to allow users to increase the amount of storage on their phone post-purchase.

While I haven't personally encountered any storage issues on my S6 Edge, I can understand that, for those who use their phones for all manner of media, the max 128GB storage of the S6 range probably wouldn't be enough. By bringing back expandable storage, Samsung is addressing one of the key criticisms it was faced with regarding last year's flagship.

Another omission from the S6 line was dust and water resistance, which was included with the S5. It's believed that part of the reason for it not being included with the S6 was due to the phone's design itself. Using more premium-quality materials meant that the S6 was a substantial step up aesthetically, but it also meant that they didn't exactly know how to implement proper resistance against dust and/or water.

When Samsung released its smart watch, the Gear S2, it came with the welcomed news of being the highest-rated smart watch in terms of dust/water resistance, showing that the company could make a product both premium and practically durable. With these lessons learned, reports suggest the S7 range won't just maintain Samsung's renewed commitment to using premium materials, but all three variations of the phone will also be able to resist dust and water-related damage.

One of the key concerns many people tend to have with smart phones is battery life. While the S6's (and Edge's) battery life is relatively decent, and also comes with power save and ultra-power save modes, it isn't considered that much of an improvement over its predecessor, the S5. The S6 and S6 Edge had 2,500mAh and 2,600mAh batteries respectively. For the S7 and S7 Edge, they're rumoured to respectively sport 3,000mAh and 3,600mAh batteries, which is a good step up from the last year's models. These batteries will be complemented with similar power saving options, fast charging capabilities that the S6 had, and wireless charging.

A couple of reports to come out over recent weeks suggest that the rear-facing camera on the S7 will actually reduce from 16 megapixels to 12 megapixels. While some may consider this a downgrade, it's known that the pixel density of an image is not the only determining factor of quality. While the megapixel count could be lower, it's believed that the aperture will get a significant increase - the aperture on the S6 is f/1.9 whereas the S7 is rumoured to have an aperture of f/1.7. The camera's sensor size is also believed to be bigger, meaning that users will be able to capture higher quality images even though the megapixel count will be lower overall.