Tweets of the week: Star Wars 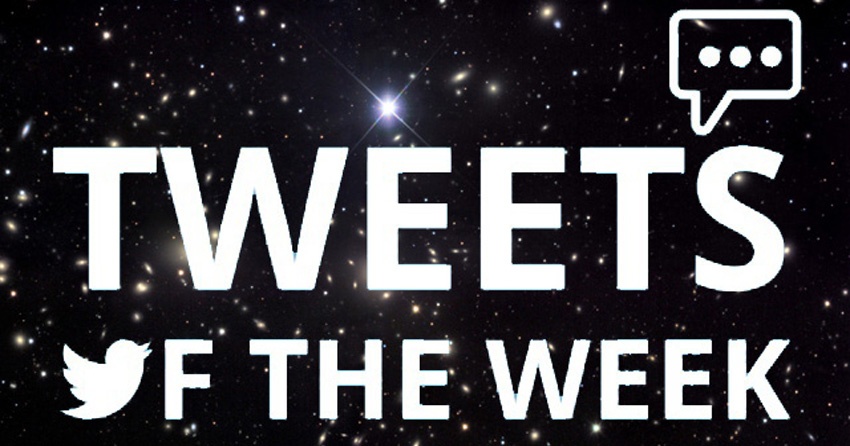 If you haven't seen it by now, your internet must be broken. Probably due to the sheer volume of people who have been streaming the new Star Wars: The Force Awakens second trailer.

Understanably there is an insane level of expectation surrounding the film, partly because it sees the return to a galaxy far, far away of not just Harrison Ford's Han Solo, but also Mark Hamill's Luke Skywalker and Carrie Fisher's Princess Leia. It's been more than thirty years since the three last appeared in a Star Wars movie together.

Here are some of the best reactions from twitter this past week.

Thanks to all the fans for a record breaking 88M views in the first 24 hours of the #TheForceAwakens trailer! #SWCA pic.twitter.com/OsQhyP8rC7

Made this to sum up my reaction to the new #StarWars #TheForceAwakens teaser... pic.twitter.com/ycSuDfvlbW

I've been staring at this Star Wars trailer for 10 minutes and I don't see what all the fuss is about pic.twitter.com/YqnQCJPpRG

It's cool that #NationalHighFiveDay falls on the same day as a new trailer for #StarWars! pic.twitter.com/SniG87u4z8

After you watch the Star Wars trailer pic.twitter.com/k10RjBCaK6

Star Wars is Back #SWCA pic.twitter.com/ixMRQLmDKW

Internet: "I love you." Star Wars trailer: "I know." pic.twitter.com/0bRzal9wp7

JJ Abrams & Kathy Kennedy watch the #StarWars: The Force Awakens trailer as fans around the world see it for 1st time pic.twitter.com/6CncUsRag4